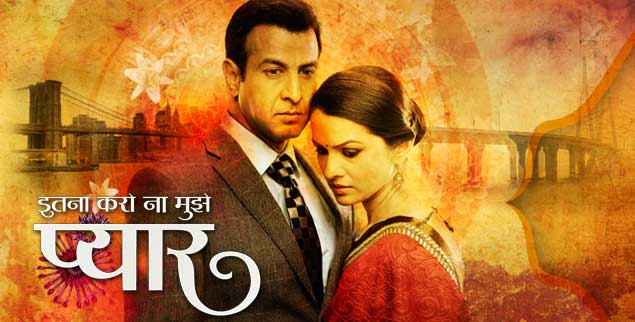 The track of Sony TV's Itna Karo Na Mujhe Pyar is about to take an interesting turn as Sayantani Ghosh aka Nivedita is all set to take a revenge for her heartbreak.

As the upcoming sequence of the show will see a fight between Ronit Roy aka Neil and Anurag Sharma aka RK leading to Neil going behind the bars, Nivedita's comeback is all set to make matters worse for Neil and Ragini. Utterly helpless in jail, Neil will be in a state of shock due to Ragini's behaviour. However, he will be in for a surprise as Nivedita will come to meet him with his bail papers.

She, accompanied by Pam, will release Neil from the jail thus making him feel indebted towards Nivedita for her gesture. She will also assure Neil that the media does not know anything about the incident and that he is safe. Showing her cunning side, she will also try and manipulate Neil by telling him a false version of Ragini's role in him landing up in jail, instigating him further against Ragini.

Will Nivedita succeed in creating further problems between Neil and Ragini? Will this lead to another fight between the duo?

pujaipk 5 years ago Boring track ...ekta kapoor and his drama? ??

+ 2
5 years ago Very disappointing. The writers need to stop this recycling story lines!

+ 2
5 years ago They are repeating the same things again and again!!!!

5 years ago Totally waste of time to watch this.
Can't tolerate it

5 years ago complete waste of time, thank god i have stopped watching it.

+ 2
5 years ago Yes Shobhi. This is the restart after the leap. Wow! Kya creativity hai

+ 2
5 years ago NB calls this a twist which she tweeted about last week??