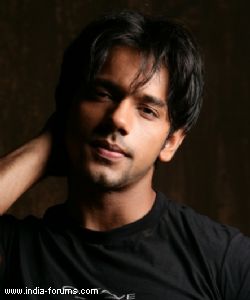 A couple of months ago, Saurabh Pandey was in talks to feature in an Indo-Pak film Tujhse Hee Raabta, starring Sara Khan (currently seen on Bhaghyalakshmi) and Yasir Shah (Last seen on Yeh Hai Aashiqui). In fact, we also heard rumours about him quitting acting. However, that was proved false. After four years, Saurabh is back to his first love acting and soon he will be seen on Colors' Code Red.

Saurabh talking about his character says, "Yes, I am doing an episodic of Code Red Taalash. I will be playing a zamindar son, very rich spoiled brat who will harass a girl and then the girl will take revenge."

Talking about his production house, he says, "My production house White Light Army Pictures is all set and I have a team to take care of it. So now I thought why not come back to my first love, acting. Code Red was the first thing that came to me and it's a nice episodic. Getting to play a negative character for the first time was also a reason to give it a nod."

Annie Gill will be the lead opposite Saurabh Pandey in the story.

5 years ago love u sara n wishing u a very happy birthday my queen.
all the best for ur future.
keep rocking n always smoky my tweety