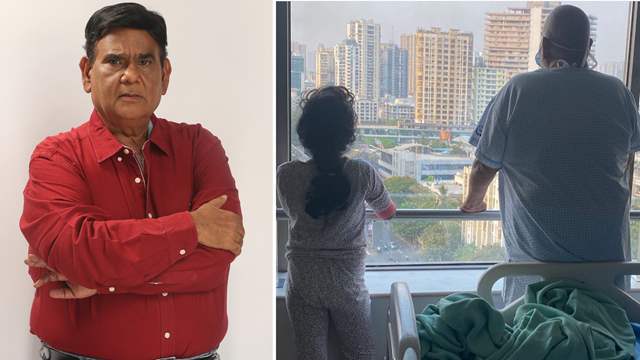 Satish Kaushik was admitted at a city hospital recently after testing positive for Covid-19. While he is better now, he’s worried about his two househelps and his 8-year-old daughter, Vanshika, who has also tested positive. In fact,  Vanshika was also hospitalised and she got home recently after being treated for a month.

Seeing the struggle of his daughter, Kaushik realised that this is a tough time for kids, too.  In a statement shared by his team, he says:

“This is the second wave and kids are also getting infected. It’s a serious matter that needs to be dealt with by our government.  Proper care centres and hospitals for kids need to be arranged. They should comprise a specialised team of paediatricians and nurses who can handle kids adequately.”

The veteran actor-filmmaker shares the struggles he experienced during his daughter’s treatment and calls it traumatic. He says,

“When my daughter, Vanshika, needed a hospital bed, I managed to arrange one for her. But she wasn’t in a hospital that treats kids or has facilities to deal with Covid-19 related issues with kids. Children are getting diagnosed with multi-system inflammatory syndrome and Vanshika, too, had to undergo many tests. When it comes to health infrastructure, we don’t think of kids instantly.”

Talking about a solution, Kaushik says that every hospital needs to be prepared and should have a ward for kids and provision for parents to stay. He says:

“It is a scary situation and things are getting worse. It is the need of the hour and we should start thinking and making provisions for the same.”

Satish Kaushik was admitted to the Kokilaben Ambani Hospital in Mumbai and had returned home while his daughter was still undergoing treatment at the hospital. Vanshika successfully battled COVID-19 and returned back home.