Chetan Hansraj..the good-looking bad boy of Indian television. Tall, fair & handsome..and an actor who gave the word 'villian', a style & aura unmatched. Love him or hate him..you just can't ignore him. Telly Buzz caught up with Chetan Hansraj for a quick round of hypothetical 'If I Was'.. Read on, to find out what he had to say.. 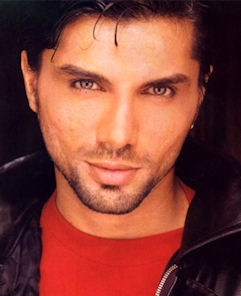 Featured Video
If I was to lock one television personality in the Big Boss house, it would be : Me, because I would like to see what I go thro there.


If I was to pick one show on television that should have ended a while ago, would be : Kaajal

If I was to change a bad habit of mine, it would be : Stop smoking

If I was to take a Hollywood personality for a date, it would be : Angelina Jolie

If I was to get back into the skin of a character again, it would be : Sasha in Kahaani Ghar Ghar Ki

If you were to start a serial of your own , the title would be : Phir Se Wahi Kahaani. I will not act in this, will make others act. It will be a spoof on television shows.

If I was given super powers like Krish, the first thing I would do is : I would be super!! I will start beating up all the other tv stars..

If I was to give a make over to a television personality, it would be : All of them need a makeover.

If I was to give the title - the worst movie of the year, it would go to : Jhoom Baraabar Jhoom

If I was to give an acting tip to a television personality, it would be : Well, I cannot name the stars. They will get offended. But, I would surely like to tell them, to stop overacting.

Some really up'beat' answers there.. a sense of humour & style, synonymous with the name - Chetan Hansraj! Stay tuned to Telly Buzz, to find out more about your favourite stars and their 'IF I WAS'..

+ 3
14 years ago aw man, he said something new :D lol I liked this interview

Rocky ! 14 years ago atleast he was honest and didnt go humming and hawing..keep it up chetan

he played a very gud charactr in KGGK as shasha .....
mind blowing acting ...

14 years ago thanks ...he seems conceited...
hes cool tho

14 years ago Very funny and interesting answers from Sasha...

14 years ago he starts beating other tv stars if he becomes Krisshhhh.. tat was hillarious...

And I agree with his comment on Jhhom barabar Jhoom, definitely one of the over rated movies

Thanks so much darlings for the articles