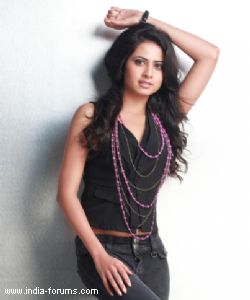 With names continuously popping up for the next season of Jhalak Dikhla Jaa, speculations have already begun in the media and among the audience. We've already reported about Kavita Kaushik, Krushna Abhishek, Jay Bhanushali being  approached for hosting the show whereas Vishal Singh, Meghna Malik, Avika Gor, Pratyusha Bannerjee are the few who have been almost finalized to be the contestants.

The latest we hear is that Sargun Mehta a.k.a Phulwa on Colors has been approached for taking up the anchoring responsibility, this season. Apart from her, we also hear that the production house is likely to approach Shonali Nagrani for the same. She is currently preparing to host the IPL studio links from London.

We contacted Sargun Mehta who refused to comment by saying, "I can't say anything as many things are in the pipeline and I would love to wait for the right opportunity."

When contacted, Shonali Nagrani says, "I would be leaving for London within a few days. If Jhalak Dikhhla Jaa is coming post-IPL, I would love to do it."

Who wears the hosting hat for this JDJ season is something to wait and watch out for!

8 years ago Sargun will be a great host she will rock with her natural Masti nature.

+ 2
8 years ago ppl who r saying that they don't want 2 see soap actress as host hasn't seen her as a host!! we've seen her as a host & she was w'ful in hosting colors holi bash. and shes not a ordinary saas-bahu drama actress but all her shows r much better than those wid saas-bahu drama or wid high dose of stupid romance. we'd watched her in phulwa & she has done excellent work & her on-screen chemistry wid Ajay was fab.
ppl do've choices regarding host but bashing them widout watching their work & making ur choices as a rt one shud not b done.shonali may b a prfsnl & gud but so is sargun!!

8 years ago Sargun will rock in being a host she's really talented in it n I've seen it in Rang De Colors she was really good in it her expressions everything was good! I'm show she will rock idc, if its a show or host a show I just need too see her bck onscreen whatever decision you take we r with u princess ! P.s styl waiting too see a interview of u and ravi hope we can see a interview of u guys soon :)

+ 2
8 years ago Jdj should take Shonali Nagrani to host she is apt for hosting JDJ she is a professional host. I dont wanna see soap actresses trying hard to be a host which is not their forte it affects the show

8 years ago Sargun you are the best.u will make a good host

+ 2
8 years ago Sargun can be a very good host...saw her skills in holi...It will be fun but i am really missing her a lot as Phulwa ..sigh..can we have her back as our Phulwa