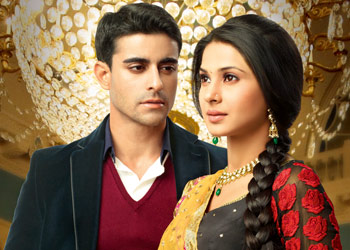 Saraswatichandra aired on Star Plus and produced by Sphere Origins, will be completing 300 episodes on 5th April 2014. The show which is based on Govardhanram Tripathi's novel has captured the hearts of thousands of fans.

Saraswatichandra has been applauded by the masses for the performance of its actors like Gautam Rode, Jennifer Singh Grover and Monica Bedi etc.

Mr. Sunjoy Waddhwa - CMD, Sphere Origins says "We are very happy that the show is performing well and we are achieving a great response from the audience. I really thank the crew of the show for their hard work and also the viewers who have been supporting and trusting us unconditionally'.

+ 5
7 years ago gautam rode rockes ...saraswatichandra is one of the best show on star plus

7 years ago Love you gautam rode and Jennifer winget. :-) Congratulations sc and team

7 years ago Yayyy ... Congratulations to the SC Team ... and especially to Gautam Rode and Jennifer S Grover for their Fantastic portrayal of Saras and Kumud .

7 years ago Congrats to Saraswatichandra team. Much agree with this: Saraswatichandra has been applauded by the masses for the performance of its actors like Gautam Rode and Jennifer Singh Grover.