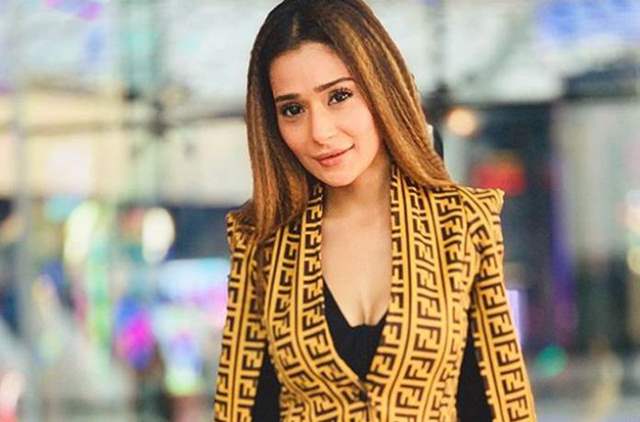 Actress Sara Khan who's currently seen in the &TV's television show, Santoshi Maa Sunayein Vrat Kathayein, is all set to release her next song 'Bham Bhole'.

The pretty actress released the poster of the song today, and her fans are extremely excited for her brand new song. Talking about her song, she says, "I'm super excited to do this song. It's a high octane, crazy number! I'm sure it'll be enjoyed by everyone. You can also see me shake a leg in this song, and I also really like my look! Talking about the rap, I think Mack the Rapper has done a fantastic job!"

When asked when the music video was shot, the actress said, "We shot for the music video before the lockdown, but with the way things were, we decided to not release it any earlier. I'm particularly looking forward to releasing this song as it's something that's not like my other songs. It's super energetic!"

The actress recently tested positive for COVID-19 virus and is currently at her Mumbai residence taking rest before she can bounce back to shooting again.