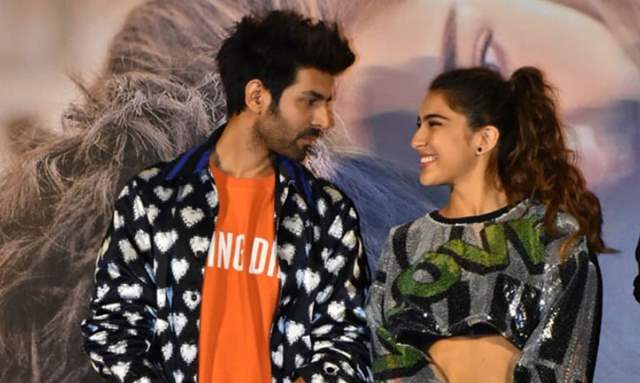 Kartik Aaryan’s relationship status has been in question for some time now and the actor has been making it to the headlines for his rumored relationship with Sara Ali Khan. The two have repeatedly denied being in a relationship, but their friends somehow seem to disagree with their claims and they’ve already started calling her ‘Bhabhi’.

It's evident, the Kedarnath actress couldn't contain her blush and she ended up slapping Kartik's bumps. She even asked him, if he was the one who asked his friend to call her Bhabhi.

Yesterday, Kartik shared a video that featured fans referring to Sara as Bhabhi. It's clear that even the fans have to wait for them to confirm their relationship.

Kartik and Sara are often spotted spending quality time and it's evident they are very close to each other. Ever since Sara has revealed her desire of wanting to go out on a date with Kartik, the next moment we see them being introduced by Ranveer Singh at an Award Function and the video of him introducing Sara and Kartik went viral.

Some rumors also suggested that the two had a fallout between them and they have been giving each other a cold shoulder and with videos like these surfacing online it's hard to believe if they ever had any issues with each other.