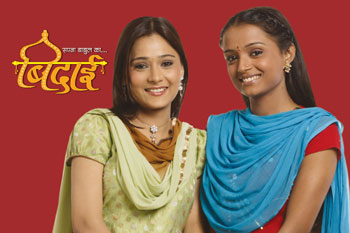 India’s No.1 Entertainment Channel Star Plus is all geared up to strengthen its Prime Time slot with an addition of yet another new serial 'Sapna Babul Ka….Bidaai' starting October 8th, Mon-Thurs, at 9 PM. The success of its new shows like Meri Awaaz Ko Mil Gayi Roshni and Sangam has really boosted the TRPs , and now the launch of this new serial will surely consolidate the channel’s position on the top.

This serial is the debut vehicle of the promising Production House – Director’s Kut. The story ‘Bidaai’ is the story of an orphan girl ‘Sadhna’ and her life’s struggle with her biggest asset, that is her own ‘beauty’ which becomes her biggest curse! 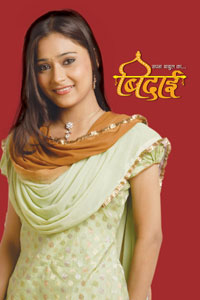 Sadhna, an extremely fair & beautiful girl is in complete contrast with her cousin sister Ragini, who is dark & unattractive. However the two sisters share a great camaraderie of love & bonding despite the differences in their physical attributes. Brought up by her Mama(Prakash Chand) & Mami (Kaushalya) in the beautiful city of Agra, Sadhna a humble & simple person, is left upon the mercy of her relatives after an early death of her mother. Her father (Kishan Chand) works in America with the only hope to someday fulfill his wife’s dream of seeing their daughter’s Bidaai. But all this is far from simple, as Sadhna’s mami has always hated her for her beauty & simplicity, which becomes the ground to emotional upheavals in the family.

Meddled with complexities, Sadhna’s life is a portrayal of the Indian society’s two-faced attitude towards a woman’s beauty which on one hand is her greatest asset & on the other, her greatest curse!

With its strong cast line-up Bidaai will witness coming together of the veterans actors ranging from -Alok Nath (mama), Vibha Chabbir (mami) & Mahesh Thakur (Father) , while Parul Chauhan (Ragini) & Sarah Khan (playing the lead character of Sadhna) are the fresh young faces on the show.

So stay tuned & watch the journey of Sadhna in ‘Sapna Babul Ka…Bidaai’, starting October 8th, Mon-Thurs, only on STAR PLUS! 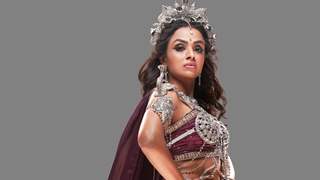 The outfit I wear as Kadru is incredibly powerful: Parul Chauhan of ... 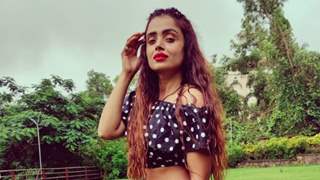 Parul Chauhan on not wanting kids & being open about it 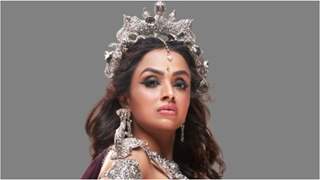 With Kadru, I wanted to present a new Parul Chauhan this time: Parul ... 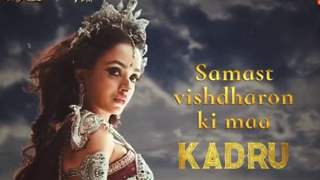 cos her cuzin is dark does dat mean dats she is not beautiful ??

the girl sapna aint all dat either :(

+ 3
14 years ago another vivah ..with same chacha just playing the character of mama ..

14 years ago The show looks a complete copy of saath phere and vivaah. Even today they said this is sbs.

Zee tv and saath phere producers wake up, its time to take action against this show.

+ 5
14 years ago Meri Awaaz Ko Mil Gayi Roshni is rocking and Sangam is starting soon in the uk.. can wait to see jenny...

14 years ago The story is very similar to Vivah, but I hate how darker complexion means a girl is ugly. The girl that is darker isn't ugly... I hate the message that is being sent to the public and young girls.

+ 2
14 years ago sounds very similar to the set up in vivaah.

+ 3
14 years ago similar storyline to Doli Saja Ke and Saloni!