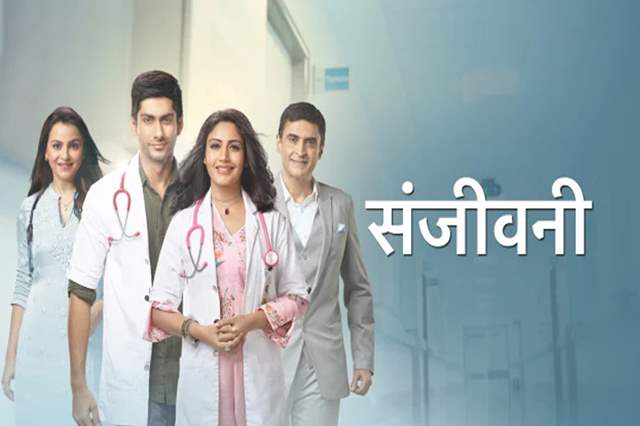 We have come across multiple instances when a cult classic has either been rebooted or had a sequel years after the original and bombed completely. If not entirely, the same can be said about Sanjivani 2 in a way.

The sequel/reboot of the original cult show, Sanjivani was launched with a lot of promise a few months ago and apart from the fresh pairing of Namit Khanna and Surbhi Chandna, the fact that it saw the return of Mohnish Behl and Gurdeep Kohli Punj in the new show was encouraging too.

It was expected that the show will fetch great numbers and even though it started with a bang, the numbers couldn't be sustained later. In fact, there were rumors about the show going off-air this past month which were refuted later. It seems the fate of the show has now been sealed though that Sanjivani 2 is all set to call it a wrap in December.

According to a report in an entertainment portal, a source from the set revealed that the show is all set to go off-air in December i.e. next month.

Gurdeep Kohli Opens Up on The Failure of 'Sanjivani 2'

vatika_r 8 months ago The show makers have to pull up their socks and bring better tracks. Otherwise, it will become a flop.

SamW92 9 months ago DMG could have been made with KSG & Sukirti. Star Plus should bring back shows like Srishti Jain starrer Meri Durga.

xxMATSxx 9 months ago Honestly i dnt think dmg and its fan base has anything to do with the success of this show. Dmg was on a non successful tv channel, with low trps by indian trp standards amd was dping well mainly because of the online fan base. Sanjivani just plain sucks. It is horribly handled. Needs to go off air.

nmteddy 9 months ago There needs to a sequel to dmg, but it would only work if you have the brilliant mind of Palki Malhotra to recreate the magic. You would also need 2 characters from the original to play senior doctors and my vote goes to Nikki and Abhi. There shouldn't be a problem getting those actors considering how messy it would be with KSG and Jennifer.

diyarao 9 months ago I know it was no work of art, but DMG was completely ignored in the continuity of this franchise....if they had included some aspects of Dil Mil Gaye, it's huge fan base would have carried over. Am I wrong to suggest DMG was the most successful part of the Sanjivani franchise. From a business point of few they made the wrong call when they completely chose to ignore it.

illa8 9 months ago i feel thye should make a sequal to dmg and have armaan and riddhima play senior doctors and rope in a few new residents just like the good doctor where doctor melendez and dr lim are senior docs and play maine roles as well.

Pixie98 9 months ago I hope the news is true !! Expected it to be rocking and it turned out to be a phuski bomb !! There's no entertainment in the show its all drama and shit ! No medical content too. Better to shut down this ! Goodluck for SC and Namit and others for their next venture.

Shaina_b 9 months ago The show is boring!!! It doesn't match the original!!!

shwetha85 9 months ago Fake News!! Who is your source? Not reliable

Bhakarwadi gives a resounding reply to COVID-19- Donates ...
4 hours ago

Shwetta Parashar to play ‘The Troublemaker’ in the Movie ...
4 hours ago
View More
TOP