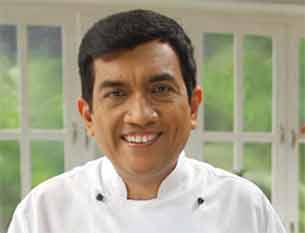 "I hope to have it open in time for the Gourmet Abu Dhabi festival in February," Kapoor said in a statement.

He also said that the restaurant will serve Indian food and dishes associated with Signature by Sanjeev Kapoor. With an eclectic menu, he hopes to attract tourists as well as residents.

"We have seen growing numbers of Abu Dhabi residents travelling to Dubai to dine at our restaurant there, so we decided the market in the UAE capital was promising.

"The trend, complemented by the vibrant Abu Dhabi dining scene and the increasing number of Indians now visiting the city prompted the decision to open here," he added.

He was recently on a visit to the UAE capital for the F1 Etihad Airways Abu Dhabi Grand Prix where he was hosted by Abu Dhabi Tourism and Culture Authority.