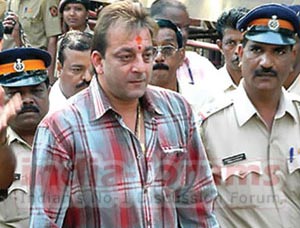 Pune, Aug 21 (IANS) For hordes of expectant Sanjay Dutt fans patience is running out as the 'Munnabhai' star awaits his release from Yerawada Jail here a day after being granted interim bail. He is now likely to be released Wednesday.

Outside the jail, Sanjay's fans are hoping against hope to get a glimpse of the star. Sandeep Bajaj, an avid fan, says: 'I would love to see him. I have come all the way from Nasik to see him,' Bajaj told IANS outside the jail.

Meanwhile, in Mumbai Sanjay's lawyer Farhana Shah is waiting too. 'I still haven't received the papers. It's impossible that he will be released today.' 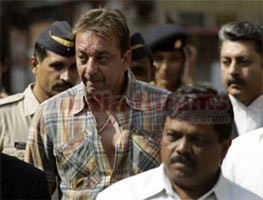 Inside the jail, Sanjay is busy with the chores of carpentry and caning (of chairs) that he has chosen as part of the six years 'rigorous imprisonment' he was handed by a court in the 1993 Mumbai serial bombings.

According to Asim Sarode, lawyer and social activists who works at Yerawada Jail, Sanjay Dutt has worked for 16 days and will receive Rs.204 as his allowance.

'He has picked up carpentry very fast,' Sarode said.

He is expected to be released after the Supreme Court order is submitted and certified before a Mumbai court and then passed on to jail authorities.

Shah said that Sanjay would most probably be released Wednesday.