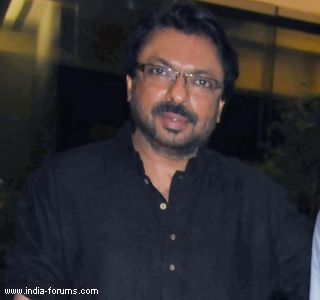 in the world of Television. Today Tellybuzz has concrete news about the title of the show - Saraswatichandra !

The show is based on a middle cast Gujarati family and highlights the story of three sisters.Sanjay Leela Bhansali is associated with perfection and grandeur and we are sure he will leave no stone unturned to make his debut in Tellywood.

The show will boast of some seasoned actors in Tellywood. Telly industry's newly wed Jennifer Winget will return to TV with this show. Tellybuzz had earlier reported about Gautam Rode being part of the starcast as well.

The show is expected to air sometime in September. Tellybuzz hopes that Sanjay Leela Bhansali manages to entertain the audience in Tellywood and make his mark !

..KaJenDelena.. 8 years ago I hope KSG gets casted into this aswell... however cant wait to see Mrs Grover in SLB's Show! Love You Jenny ;)

HermionePotter 8 years ago We all know that Kajen is the hottest onscreen couple ever and would love to have them back but Gautam is hot as well and he'll look great with Jennifer, can't wait for this show with great chemistry...

justprati 8 years ago luv gautam...cant wait to c ya
u did fab ob in tmls n i sooo wished to c ya for longer period n ur back wid show :D :D :D sooo happyyy to c my Lucky back on SP
jenny n gautam r gonna rockkk

DigitalFortress 8 years ago Misss u jennyyy want to see u back with a bang!!

shalinisur 8 years ago wanna see kajen back again together onscreen...

Sadda Haq Actor Harshita Gaur gears up for the release of ...
30 seconds ago

Ranveer is Fulfilling his Husband Duties towards Deepika? ...
19 minutes ago