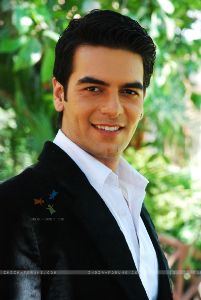 Seems like the changing climate is taking a toll on everyone's health including our small screen actors who work for hours and hours.

The latest we hear is that Sanjay R Gagnani (Fame Colors' Hamari Saas Leela) has also joined hands with the actors who are added in the list of being unwell.

A source from the industry informs, "Sanjay had taken an off from the shoot of Hamari Saas Leela so that he could attend the wedding of his relative, but he has been down with fever ever since he has returned from the trip. Later on his blood report showed that he is suffering from Malaria. He has already lost five KGs and his immune system has gone very weak."

TellyBuzz contacted Sanjay Gagnani and he confirmed, "Yes, I am down with malaria and have lost around 5 Kgs of weight because there was no intake of proper food and rest. But by God's grace I have no shoot for two days and hence I am able to take rest."

All we can say to our small screen stars is to take special care of them...

We wish Sanjay for his speedy recovery!