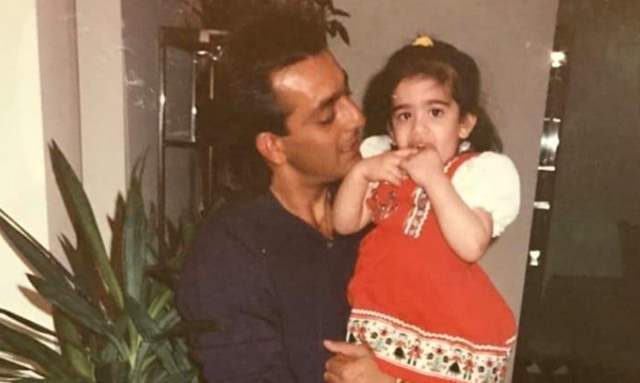 Actor Sanjay Dutt wished his daughter Trishala a happy birthday with an emotional post on social media. He shared a childhood photo of hers, calling her a ‘wonderful gift’, and that physical distance has not been a hindrance in their relationship, in fact it has strengthened their bond.

In the caption, Sanjay Dutt wrote, “Life gave me the most wonderful gift in the form of you when I became a father. Even though you live so far away, we know that our bond has just been growing stronger. Happy Birthday, my little girl!”

Sanjay Dutt is an avid social media user and he often shares images and heartfelt wishes for his children and wife, come what may.

Trishala is currently enjoying her vacation in Hawaii and the photos that she is posting from there are making her fans go crazy. Although, the young girl always becomes the centre of attraction with her looks but this time she is looking stunning in her bold look.

She seems to be having a lot of fun on her vacation. Trishala can be seen in a green bikini in the picture sitting on a rock in the middle of a jungle and looking extremely hot. In the caption of the picture, she wrote that she is taking her followers 66 years back in search of dinosaurs. From the pictures, it looks like she is having a lot of fun in the jungle.

On the work front, Sanjay Dutt will be next seen in 'KGF Chapter 2', 'Shamshera', 'Toolsidas Junior' and 'Bhuj'.