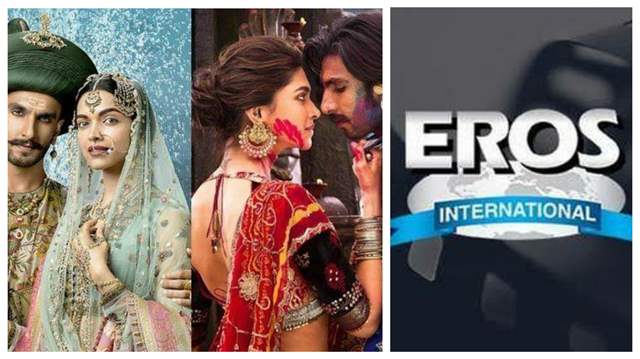 This past year, Sanjay Leela Bhansali's production house had moved to the High Court in a concern to an agreement with Eros international media. Back in May 2020, the High Court had ordered Eros International Media to pay the outstanding bill of Rs 19.39 lakh to Sanjay Leela Bhansali's production house within three weeks for Deepika Padukone and Ranveer Singh's film Goliyon Ki Rasleela Ram-Leela. Later the production house moved to the court again to receive a restraining order against Eros to stop them from exploiting the rights of 2015 release Bajirao Mastani.

Now an official statement has been released by thr production house that it has terminated the agreements with Eros with regards to Ram-Leela and Bajirao Mastani. The statement reads, "We at Bhansali Productions Private Limited vide our advocates letter dated 5th April 2021, have terminated agreements with EROS International Media Ltd. in relation to the Films "Goliyon Ki Rasleela- Ram Leela" and "Bajirao Mastani". Consequently, all the rights granted by us to Eros International Media Ltd. stands revoked with effect from April 5, 2021. We hereby call upon  all concerned to forthwith, cease and desist from exploiting, dealing with any rights of the above said Films in any manner whatsoever, whether directly or indirectly, with immediate effect."