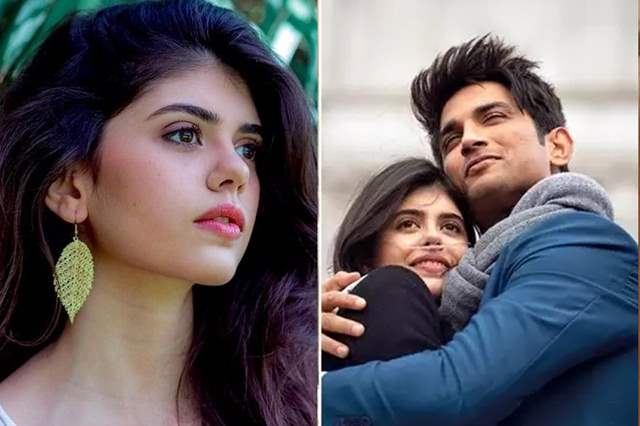 The hullabaloo surrounding Sushant Singh Rajput's demise and the several factors that come with it continues to actually only increase with every passing day, as new revelations and new people are being involved in the mix. One of the obvious ones has been actor Sanjana Sanghi, who now remains Rajput's last co-star in the late actor's last film.

While their film Dil Bechara is all set for a global digital release on 24th July, Sanghi was the topic of conversation recently when she arrived in Mumbai. As known, she was called in for questioning at the police station by police officials pertaining to Rajput's case and after taxing several hours of the same, she was leaving for Delhi yet again.

However, it was her caption about leaving Mumbai that got everyone's attention where it seemed that she hinted about leaving Mumbai forever and not working. Her fans were seemingly disappointed and didn't want any such thing to happen. Fortunately, that is not the case as Sanghi has come forward to clarify everything as she said in her Instagram story, "Arre arre! Kaafi kuch interpret ho gay meri previous story se. Now that I re-read it, I can see why! Did NOT mean any king of “bidding adieu” forever – not to Mumbai, not to anything else! I’ve been back home in Delhi since February, throughout lockdown! When COVID eases out, is what I meant when I said “jaldi ya shayad nahi” – we’ll al be back to life as per usual! Me to being wherever it is that is required for work! Appreciate all the worry all you lovely humans! But absolutely nothing to worry about.”

Well, that indeed is reassuring for everyone.