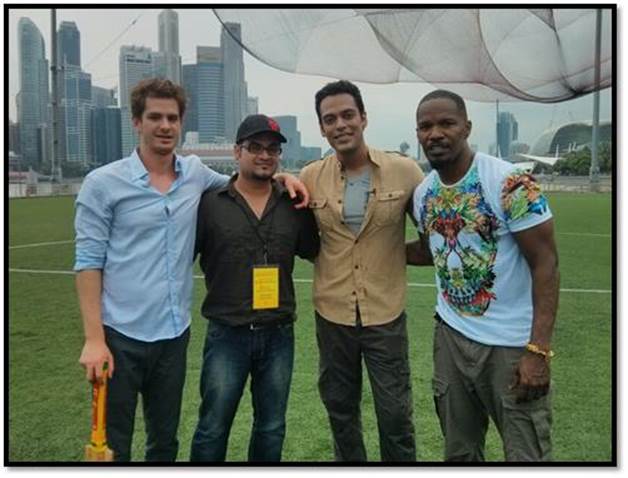 The IPL fever spares no one, which was evident when the star cast and crew of the most awaited Hollywood sequel for 2014- The Amazing Spider Man 2 descended on the only cricket analysis show Extraaa Innings T20's set. The suave Extraaa Innings T20 anchor Samir Kochhar who is also seen playing the character of Rajat Kapur in Sony TV's Bade Acche Lagte Hai, specially flew to Singapore for this special integration episode with the leads of the movie- Jamie Foxx, Andrew Garfield, Emma Stone and director- Marc Webb.

Samir and the stars bonded phenomenally well discussing wide range of topics like the Indian connect to their latest film to the intricacies of cricket. Apart from being a fantastic actor, Andrew Garfield is also a good off-spinner. Two time Academy winner Jamie Foxx, extremely determined to show off his nascent skills, took the longest run up before bowling leaving Samir and Andrew in splits.
7 Likes

I AM REALLY PROUD OF U

caliocgirl 9 years ago First look impressed me... Sure it will be a hit of 2011

remosalsa 9 years ago poster indeed is funny.hope same is with movie too

zara_11 9 years ago The pic looks funny, i hope Sanjays first movie is a hit.