View Profile
Imagine Salman Khan's too-hot-to-handle abs and his perfectly handsome face. Now, imagine them in 3D! Feeling breathless, hun? Well, get ready to experience his excruciatingly perfect self in 3D! Beating the 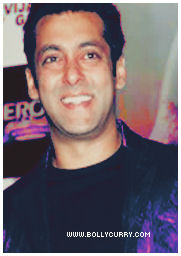 other top-notch actors and actresses, Salman Khan has decided to do it the 3D way with his upcoming film, Sher Khan.
While Salman Khan has put speculations of him playing 'Tarzan' in the film aside by stamping a clear 'no' over it, insiders are saying that the administration is definitely keen on the idea of making the film in 3D. Apparently, Sohail Khan, Salman's brother and the writer of the film are all for having the film in 3D and are confident of it's success as such!
The film is based in a jungle which would be much fun to watch in 3D. And given Sohail's confidence and technical finesse, there are high hopes that things might fall into place and we may get the joy of watching another stereoscopic film, after Vikram Bhatt's Haunted.
The historical fascination started with James Cameron's Avatar and since then B-town filmmakers have been eager to follow the trend.
While most other 3D projects have fallen by the wayside, except Haunted and Sirish Kunder's Joker, all we hope is we get to see another film in 3D and may it takes Bollywood cinema to another level!
Editor(s): Hershi & Gunia.
Graphics: Sanober.
15 Likes