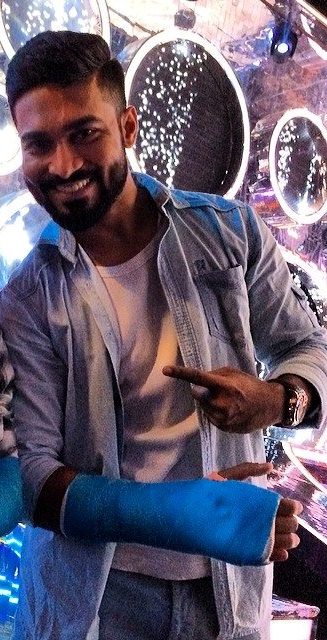 The popular choreographer Salman Yusuf Khan has been associated with the most popular reality show of Colors' Jhalak Dikhhlaa Jaa Season 7 from quite sometime now. He has also won the title and been the winner of the last season along with beautiful Drashti Dhami who is seen in the popular show Madhubala - Ek Ishq Ek Junoon on Colors.

This time on Jhalak Dikhhlaa Jaa Season 7 although he was not seen choreographing any contestant in the show but he made sure that he will be a part of it through some other way. He was seen performing with international dancer Lauren Gottlieb, where the duo used to  showcase the unique dance forms and challenge the participants.

But now it looks like the journey for Salman Yusuf Khan has come to an end because of his injury. He will no longer be seen dancing on the stage of Jhalak Dikhhlaa Jaa Season 7.

According to the sources, "Salman has injured his hand which got injured during his performance. He won't be performing further in the show as he is not allowed to put more pressure on his hand and so he will be out of action for almost a month."

Well, we hope Salman Yusuf Khan recovers from his injury and his fans can see him back in the action soon!

Maangeetlove7 6 years ago Only commenting for drashti dhami!! Love salman too :D

guru.jaan 6 years ago Drashti dhami you look beautiful in the new pics!
Love you!

AnGel_13 6 years ago Drashti Dhami u are best

Dark.Ecstacy 6 years ago You are the loveliest Star Drashti Dhami

Enjoy ur break and we all are waiting for ur rocking comeback on screen
Want to see u on big-screen, hopefully my dream come true!!!