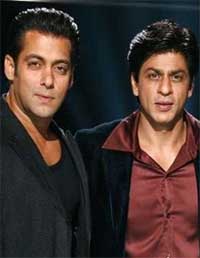 Yes the Macho Khan praising King Khan, after the bitter battle ensued between the two who have previously delivered super hits together only to turn sour later over a rift at Salman's girlfriend Katrina's birthday last year. Since then the two have not been on cordial talking terms.
Salman praised SRK on his popular show "Dus ka Dum" on Sony.  The episode features David Dhawan, Riteish Deshmukh and Govinda as guests for promoting their film Do Knot Disturb.

It so happened that in the episode Salman asked Riteish to mimic someone. Sources reveal Salman knew beforehand of Riteish's bias for Shah Rukh's Dil Toh Paagal Hai, but he still asked him to imitate. Ritesh is quite well known for his mimicking talent and after he mimicked  SRk's scene, Salman  complimented him and  then started to shower his compliments for Shah Rukh.

Salman liberally praised him and said no one romances like SRK, he is the King of Romance, he has beautiful eyes which can make anyone crazy. SRK is professional, dedicated and sincere.
Anita Basu, the producer of Dus Ka Dum, said, "Salman has been very gracious in his compliments about Shah Rukh. No snide remark was passed. Salman is a thorough professional who likes SRK's work and he acknowledged it when people asked his about SRK."
Lets hope that these compliments play their bit in ending the animosity between the two superstars and we get to see them together again. 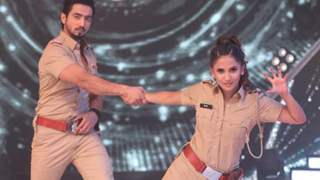 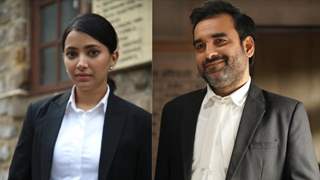