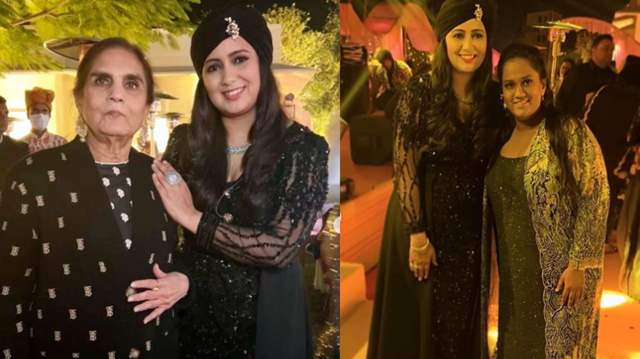 Salma Khan, the mother of Bollywood superstar Salman Khan, recently celebrated her 80th birthday. The close-knit Khan family threw a lavish party to honour their adored mother on her birthday as always. Family members and a few close friends attended the birthday party, which was a private event. Singer Harshdeep Kaur, who gave a performance at Salma Khan's birthday party, shared a bunch of pictures of the festivities on her official Instagram account.

Sharing the pictures, she wrote, "It felt so special performing for the lovely Salma Khan Ji on her 80th Birthday Celebrations! The sweetest Arpita Khan Sharma & Alvira being amazing hosts made me feel like a part of the family. Also meeting Helen ji and making her dance to her legendary songs was the cherry on the cake. Thankful for all the love & warmth."

For the unversed, veteran Bollywood writer Salim Khan tied the knot with Salma Khan in 1964. They are parents to Salman Khan, Sohail Khan, and Arbaaz Khan. Later, Salim Khan wed the famed actress Helen, who over time also grew to be an important member of the family. Even she was a part of the birthday celebrations and is said to share a great bond with Salma and the rest of the family members.