From Jassi Jaisi Koi Nahi to Hosting shows, Mona Singh has traveled a long way. After winning the first season of Jhalak Dikhhla Jaa, and becoming a host for the second, everyone’s favorite ‘Jassi’ is now everyone’s favorite host. Mona will now be seen hosting the slapstick comedy reality show on Sony, Champion Chaalbaaz No. 1. We caught up with this budding host on Indian Television to know more about her experience on hosting the show. 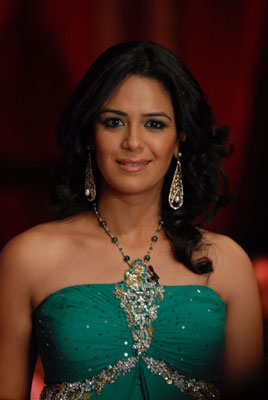 Featured Video
It has been a season of hosting for you. How is it to host Champion Chaalbaaz No. 1 after Jhalak Dikhhla Jaa?

It feels great to be a part of a comic-based reality show as Champion Chaalbaaz No.1 soon after my stint with hosting Jhalak Dikhhla Jaa. Here, I need to show more of my comic timing, and create a fun-filled atmosphere. With people like Sajid and Cyrus around, I need to be quick to grab the chance to talk, because they never let the other person speak. As a host, I try to be very informal, with an added comic touch. I am working on the break links I speak too, making it sound really funny.

Talk us thro’ the format of Champion Chaalbaaz No.1.

The format is pretty simple, wherein 3 contestants will participate in one episode. Every contestant will be asked to first perform a gag individually, which will be followed by a situational round, wherein all the 3 need to perform to the same given situation. At the end of every episode, the judges along with the studio audience will choose the 'Best Prankster' out of the three. In total, 33 contestants will participate in the show, lasting for a span of 11 weeks. Later, a finale round will be held with all the winners competing, which will bring out the Champion Chaalbaaz.

What is it about Celebrity Prank in the show?

Yes, every week will have a celebrity prank too, wherein our team will go to a celebrity's house and perform a prank. The first episode will show a prank played on Rakhi Sawant..

Cyrus and Sajid Khan are very well known for their comic acts. How are they as judges?

Cyrus and Sajid are the best people to judge this show, as they are the biggest pranksters around. As judges, they look forward to the way in which the gag or the prank is presented; they also keep looking at the reaction of the studio audience, the way in which they react to the prank being performed. Basically, Cyrus and Sajid will look for good actors who can fool people in all the weirdest ways possible.

Can you talk about few gags played on the sets till now?

It is a fun riot on stage and all the gags are to be watched. Talking about one, a contestant is given a mike in hand, and is asked to sing. But the minute he starts singing, water splashes out of the mike.

Cyrus and Sajid are ‘Bakra Specialists’. Have you been taken for a ride as well?

Not yet, but I think before they take me with their pranks, I want to play one on them.(laughs). But in the first episode shoot, as I was speaking my lines, both Sajid and Cyrus came to me and touched my feet saying, 'Hum aapke bade fan hai'. I was all over the place and could not stop laughing.

14 years ago Oh Gosh this sounds like fun!! Cyrus and Mona together again....it's something I'm looking forward to seeing. Lowe them both!

14 years ago Mona is a really good host>>>I am looking foward to see her again.

14 years ago I like mona. she has improved alot as a host.can't wait to watch cyrus and sajid together.It's gonna be fun

14 years ago Have to say this in the pic the dress she wearin is really pretty.

14 years ago OMG Cyrus and Sajid are totally crazy and hilarious! Putting the two of them together is going to be the funniest thing ever! I can't wait for this show! I love Mona too!

+ 7
14 years ago Mona has improved a lot as an Anchor in JDJ,So I hope this time she will b even better.

14 years ago I love mona , shes a nice girl and she puts it very informal with evryone no hang ups :) . looking forward to see the show .