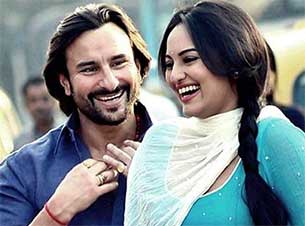 Actors Saif Ali Khan, Sonakshi Sinha and director Tigmanshu Dhulia of the film "Bullett Raja" will spread among people awareness of their voting rights during a bike rally to be organised here by the poll panel, an official said.

"The bike rally to be organised in the Civil Lines area of north Delhi will witness the casting team of the movie asking people to exercise their voting rights in the Dec 4 assembly elections," said a source from the Election Commission Tuesday.

The event is part of the Systematic Voters Education and Electoral Participation (SVEEP) activity -- an initiative to woo voters of the national capital.

"Though a lot of movie stars have already campaigned for the Election Commission in the capital as part of the 'star campaigning programme', it will be for the first time the whole casting team of a movie will campaign for the initiative," the source said.