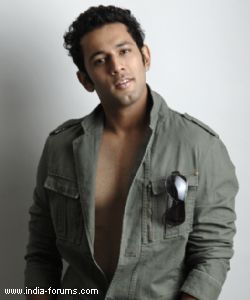 Sahil Anand aka Suryendar Bharadwaj of Colors' Sasural Simar Ka is apparently not happy with his ongoing track in the show and the latest we hear is that the actor has decided to leave the show.

According to a source, "Sahil was upset with the way his character was developed in the show and hence has decided to leave. It was a mutual decision taken with the consent of Production House."

When TellyBuzz contacted, Sahil said "Yes, I am leaving the show and it was a mutual decision. Actually I am going out of the country due to some personal reasons."

Sahil's character is presently shown to be out of town in show.

Let's see how the creatives shape up the character in future...

9 years ago Not much scope for Shailu's character anyways especially after they
introduced Sid.

9 years ago What the hell? After what all is happening in the show it is natural for him to leave the show!
Roli getting married with her Jiju!
2 things are happening here.
1) girl marrying Jiju
2) young girl getting married to older man.

No 1 we saw in Uttaran, Chotti bahu, Kasamse.
No 2 we saw in Phulwa, agle janam mohe bitiya hi ki jo

It seems nowadays colors is interested in getting children married! What the hell?

+ 4
9 years ago This show really SUCKS! Please just end it! Its a repeat of choti bahu and a waste of good actors/actresses's talents. Good on Sahil for quitting this crapfest. I dont get why my mum likes this crap. But then again she also liked choti bahu...

+ 2
9 years ago he is a good actor , he could have done shows like balh or pyaar ki ek kahani

+ 2
9 years ago I think that the name of the show is just opposite to what they show they hd shown roli getng maried so how can it b sasural of simar??