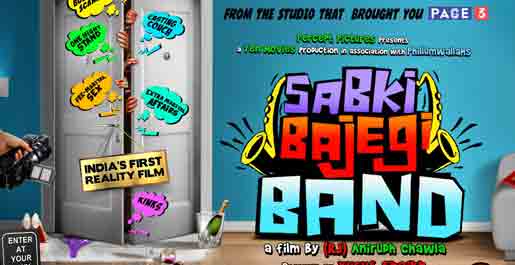 Actor Raj Yadav, who forayed into Bollywood with "Sabki Bajegi Band", has now been roped in for a horror film.

"After 'Sabki Bajegi Band', I'm doing a horror film and I am honoured to do this film. I can't reveal anything more about the film as the makers will make an official announcement," Raj told IANS.

Raj was seen playing a character called Randy in "Sabki Bajegi Band". And he asserted that the "character will be completely different" to his previous role.

Meanwhile, the actor is still basking in all the appreciation that came his way after his debut.

"The film managed an excellent opening. And for my character Randy, the appreciation has come from everywhere. People call me Randy instead of my actual name and are repeating my dialogues from the film which is so flattering," he said.