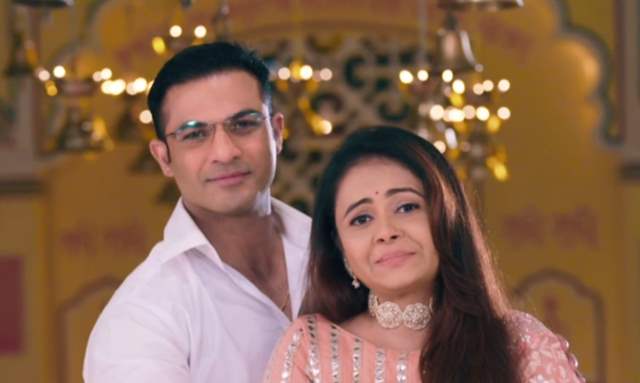 Mohammad Nazim has taken to playing a double role in Saath Nibhaana Saathiya 2. While he played Ahem Modi in the first season, his character died in a car accident and now, we are seeing him as Jaagi Modi, the brother to Ahem and also, the husband to Gopi (Devoleena Bhattacharjee). The first few episodes have seen glimpses of him and well, it sure has been interesting to see him back on the screens with the show.

Talking about playing a double role, he went on to add how it is a privilege to play a double role in the show and when he was told about it, he was happy. He also added how his only thought was to have a good range to approach the two roles. He adds how for his wrestler look, he needed to be well-built and was asked to put on some weight for the role, thereby gaining nearly 5 kgs. He says how he has worked really hard on his body in real life and did not want a bodybuilder image for Ahem, however, he wanted it to be a desi look.

He also went on to say, “I am eager to shoot for the scenes when Ahem and Jaggi will come face to face. Though this will not happen very soon, I get goosebumps, by thinking of that one moment. So there are a lot of challenges to overcome and this is just the start.”

He also spoke about Jaggi turning negative on the show and says that there is no way that he is close to being the negative of the show while the character graphs will grow for everyone and hence, fans need to watch out. About the reaction to the show, he says it has been a welcome response and people are excited to see Ahem back while also giving huge compliments.