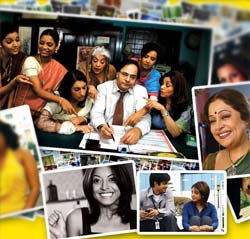 Featured Video
espite a variety of composers, singers and lyricists in the team, oddly titled 'Saas, Bahu Aur Sensex' is a short album and the songs are neither sweet nor appealing.

'What's up India' is a rap song. Though the western approach to the track makes it quite catchy, the lyrics sound a little too over-the-top. The remix is as average as the original.

'Mujh mein nigahein daal de' is dominated by western arrangement. The song, sung by Monica and composed by Randolph Correa and written by Raqeeb Alam, is way below average.

'Mithri mithri' provides the Punjabi flavour to the album. But unlike recent Punjabi tracks, this one doesn't belong to the 'make-you-dance' category. Composed by Bipin Panchal, 'Mithri mithri' is bland. The lyrics by Raqeeb Alam and Shona Urvashi talk about celebration, but Krishna Buerra's rendition doesn't match up with the mood of the song.

'Abhi abhi jo tu aayi hai' is a pleasant break from the spate of uninteresting compositions in the album. Beautifully rendered by Javed Ali and notably penned by Raqeeb, the simple soulful song falls into the romantic category. Randolph Correa has taken a very fresh approach to the piece and presented it in an enjoyable package. Thumbs up for the track!

'Saas, Bahu Aur Sensex' is a very short album and yet each piece stands out from the other distinctly. There's Punjabi, rap, melody as well as a club track. While this attempt is appreciated, the overall outcome of the album is not satisfactory. 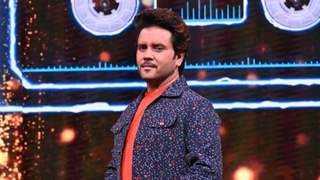