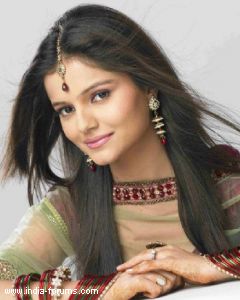 The production house of Sony TV's popular show Sass Bina Sasural has decided to make a new entry to the show, after Aishwarya Sakhuja's reduced working hours. Tellybuzz earlier reported that Mahhi Vij who was last seen in Colors TV show Laagi Tujhse Lagan was approached to play the role.

Latest we hear that Mahhi has opted out of the show and we have also got to know that Rubina Dilaik who was last seen in Zee TV's Chhoti Bahu - Sawar Ke Rang Rachi has been approached to play the role which was offered to Mahhi Vij.

We got in touch with Rubina who told Tellybuzz that, "Yes, I have been approached for the show but nothing has been confirmed yet."

TheresaK 8 years ago it was nice to see Rubina in new character. She is so versatile...I am just loving her character Smiley.

sia_lovely 8 years ago Ah, hoping to see her in the new avataar soon! :) And missing Avi too!! Come back soon :D

fatssrilanka 8 years ago All the best,Rubina for your new venture. Hope you get recognised in your new avataar. and wish to see you with Avinash in a new show very soon.Will miss Avinash since we are used to seeing both of you together.

oldamma 8 years ago Best of luck to Rubina in her new venture. Still, hoping that she will be the main lead of a completely new show. She is far too beautiful and talented to be doing only side role

sparklingeyes 8 years ago Wishing you all the best Rubina in your new avatar!

trimasu 8 years ago Rubina, Welcome Back, now I will watch SBS .

No Bail for Rhea Chakraborty and Showik Chakraborty? Bombay ...
30 minutes ago

Arjun Bijlani and Reem Shaikh in Ishq Tanha is a soulful ...
48 minutes ago