9X’ two unique fiction shows Ajeeb, produced by Bonnie Jain Productions and Rubi, a BAG Films Production which was launched in the last week of August as biweeklies at the 9.30 pm slot has now been changed to dailies.

Featured Video
Confirming this news is our well-placed source, “Rubi and Ajeeb will be seen as dailies and this change will come into effect from October 13th.  Rubi will be seen in the 9.30 PM slot while Ajeeb, the hospital saga will be aired at 10PM from Monday to Thursday”.

However, Bonnie Jain, Producer of Ajeeb remained tight-lipped about the change and said, “Well, I have not got any intimation on this from the channel. I will be able to give you a confirmation once the channel confirms”.

We tried getting Rajesh Chaddha, Supervising Producer of BAG Films to comment too, but he was unavailable on phone.

Rubi has Swasti Sinha, Chahat Khanna, Ali Merchant and Gautam Rode in the cast, while Ajeeb sees a myriad of popular stars along with fresh faces Vishal Watwani and Aarti Thakur in the lead.

Hope this change will give the prime time shows of 9X a new lift!! 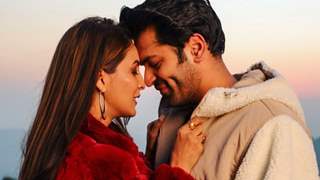