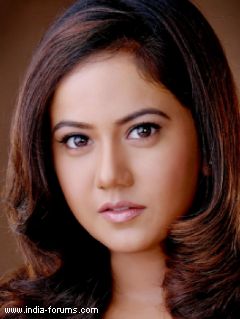 After producing ace shows like Na Aana Is Desh Laado and Sapno Se Bhare Naina, Shakuntalam Films is coming up with a venture for Zee TV, tentatively titled as Gunjan Roli.

The show concentrates on the life of two girls, One hails from a village and one from the city. A few days back Tellybuzz reported on who had been finalized to play the village girl. "Mahima Makwana will essay Roli whereas Gunjan will be played by Roopal Tyagi, last seen in Zee TV's Chhoti Si Zindagi."

"Gunjan is a city girl staying with her family and has a quite a few ambitions in her life. The cast have begun shooting their first episode. The outdoor shoots have been cancelled due to the telecast date. The channel has given 16th of January as their telecast date", adds the source.

We contacted Roopal Tyagi who retorts,"Right now I can't comment on the same as talks are still on and nothing has been finalized."

Zee TV surely has a mixture of reality and fiction for the coming New Year!

swathis 9 years ago this girl is so cute and pretty! glad to be seeing her again

bijanca 11 years ago Are There Married in the Real World ????
Or Just favourite Artists Like Shah Rukh Khan and Kajol!??

+ 2
11 years ago dats interesting she congratulated shahid.. lol..
she is ready to do any hot scene id saif..
i realli dnt like her.. no offence to any1..

11 years ago ya i don't understand what she actually wants from sweettttttttttt shahid kapoor . why she still running behind him. can't she leave . it will be good.

11 years ago I liked her in Jab We met..as Geet...first movie I liked of her..otherwise can't stand her...She is so full of herself...

11 years ago nt at all interested...she does nt act or talk intelligent...like priyanka wayy more

11 years ago i am seriously not interested to watch her so called hot scenes. I would prefer a film with good script and acting.

11 years ago i was really disappointed with her answers in farah khan's chat show
' tattoo bananay ka baat apnay saif ko kya bola'
her answer ' unkay liye mere respect aur bhad gaye'
i mean seriously wat is she promoting
that by getting tattoos .. ur patner will respect you
and she didn't even answer half of the questions that were asked..
i only like priyanka and bipasha in the industry out of the actresses

+ 3
11 years ago I completely agree with you guys as well... I really liked her in Omkara and she deserved the award... But except from that, she's done NO exceptional film baring it... I don't know why she's kept on such a high pedestal... I don't mind if someone praises her, or she gets recognition for things, because I don't hate her or anything, BUT I would like her to do SOMETHING for it to be deserved...

realityshows!! 11 years ago I agree with MADHY that she is certainly the most over rated actress in industry for I never see anything great in her acting .She is just making news because she has a totally Bollywood background with her famous sister,father,uncle and of course her Grandfather . And she has become more famous after her linkups and breakup .
Her boyfriends are far more better actors.