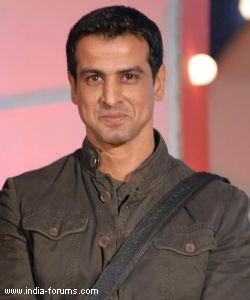 After creating historical show on Zee TV like 'Jhansi Ki Rani', Contiloe production is coming up with yet another show on Sony tentatively titled as 'Adaalat'. The show had done with its casting work and the production is all set to launch the show very soon.

According to our source, "The show is a court room drama with thriller and suspense in it. Ronit Roy will be seen as an advocate in the show, essaying the main protagonist. The leads have already started with their shootings. Along with Ronit Roy, Naresh Suri will also be seen essaying the judge in the show.

One more new talent will be introduced in the show named Tina Chaudhary who is the new face on small screen and will be seen opposite to Ronit Roy, essaying pivotal role."

When we contacted Naresh Suri, he confirmed the news of being part of the show. If sources are to be believed then Adalat is going to be a weekly show.

We also tried very hard to get in touch with Abhimanyu Singh, Producer Contiloe and Ronit Roy but they both remained unavailable for their comments.

The show will most probably launch at end of this month.

Where in the world is a promo? THE promo?!

KAYZAK 9 years ago he should not be supporting any other channel. JUST NDTV IMAGINE he should support!!! Good luck

Neeshoe 9 years ago Good Luck Ronit !
Hope the Show will do good :)

SourCandyDrop 9 years ago So this means that nightmare Bandini is ending?

miggie 9 years ago Good luck to Ronit Roy, he is the BEST, he does justice to every role.

Rakul Preet Singh confesses to being a part of drug chats ...
28 minutes ago