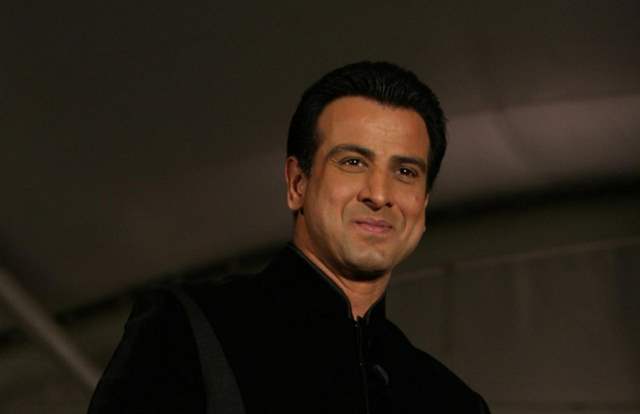 Kyunki Saas Bahu Thi actor Ronit Roy, who is one of the popular names in television and Bollywood, is deeply saddened with the increasing number of suicide cases in the television industry due to financial crisis. He urges budding actors not to give up on life and said killing yourself is not a solution.

In an interview, Ronit not only recalled his struggling days but also spoke on the issue of delay in payments.

Rohit shared that even though he has not made money since January, he has to support 100 families that he is responsible for.

Recalling his struggling days, the actor said, "My first film was released in 1992 Jaan Tere Naam which was a blockbuster. It was a silver jubilee and silver jubilee of that day means a Rs 100 crore movie of today. My debut film was of that level. 1992 it released and for the next six months, I did not receive a single call. Then I got all kind of trashy work which I did for three years and around 96 all the work dried up. For four years I was sitting at home. I had a small car, but I had no money for petrol. I would walk up to my mother's house for a meal as I did not have money even after being in a silver jubilee film. I did not kill myself. I am not passing judgement on anybody. Everyone at some point in life, everyone faces a financial crisis. I feel if you are facing a financial crisis then killing yourself is not a solution. I don't see any sense in taking your life because that can't be a solution,"

Currently, there is a huge debate over the 90-day payment rule that has been going on in the industry for ages, "The other part of your question is when you wanted to be a star when you got the role, you read the contract and signed on the 90-days payment rule. Then it is nobody's fault. If you didn't agree with the terms you should have said no then itself. Having said that, I also feel we are going through such a situation, where whoever is the principal, the channel or the production house, they need to understand that these people belong to their team. During this time everyone's work is stopped and they have to somehow arrange money to meet their daily expenses. Don't give them extra money, but at least pay them what they are owed. Because everyone right now is under extreme emotional, mental and physical stress because of the lockdown. So jinka paisa banta hai unko toh milna chahiye. Personally, I haven't made money since January. I have a small business which was running and is now shut since March. Whatever I have, I am selling things to support about 100 families that I am responsible for. I am not a very rich man, but I am doing it. So, these Production houses and channels who have these big, lavish offices which are visible from 2 Kms away from a highway, they need to do something. They have to take care of the people on the ground. At a time like this if they don't take care of the actors then it's not fair. You have to pay them after 90 days, but they need now, give it to them now. They can't stay hungry. It's on both sides," said Ronit

Ronit urged the production houses to clear the payments of actors who are in need and he also has a great piece of advice for the people who are going through a financial crisis. He said, "I would like to request both the parties that if you can't pay the full amount at least give them some amount so that they can meet their daily expenses. You know that person, you worked with them for six months, 1 year it doesn't matter you should pay them. At least give maintenance so that they can survive. People have families at home, elderly parents, kids. Sustain your immediate people. And people who are facing financial crisis I would like to tell them, I understand your problem completely. I know what it means to stay hungry. I could survive for four years because I did not have family. Akela aadmi bhukha so sakta hai but bacchon ko bhukha nahi sula sakta. All I want to tell them is that this too shall pass and don't take any wrong step. Stay strong, hang in there, tough time calls for tough measures so hang in there we will emerge victorious and stronger. Lots of love please take care, everyone."

"Rhea is Being Subjected to a Bizarre & Dangerous Media ...
41 minutes ago