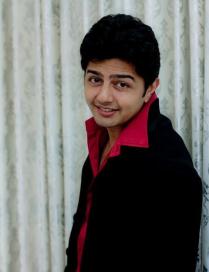 Rohit Raj Goyal who is known for  directing long running show Diya Aur Baati Hum is ecstatic to direct a play these days titled as Good Man Ki Lalten.
It's a comedy genre play tracing the problems faced by married couples like divorce and extra martial affair. Actors who will enact this play are Alan Kapoor and Deepika Singh.
Talking about the play Rohit Raj says, "Its completely refreshing for me to direct a drama. A few years back I was into directing plays and after that I got busy doing TV so I never really got time to shift focus to theater again but now I have managed to take time for the same."

Alan Kapoor who is seen in the lead role, too is exploring this medium apart from TV. Alan is better known for the playing the character of Kabir in Sony Pal's Pia Basanti Re, who says, "Yes I am playing a Punjabi guy in this play and I am quite excited being a part of it as I love doing theater. Doing theater gives you a different experience, it helps us to grow as an actor. When you do television you take retakes but when you do a play you don't get a second chance which is a challenging job."
We wish luck to the entire team of Good Man Ki Lalten.
Phalguni Sharma

6 years ago Good luck Deepika, Rohit, Alan and team to your play.
Nice to know that you guys are interested in theatre.

+ 3
6 years ago All the best Deepika and Alan for your stage show.