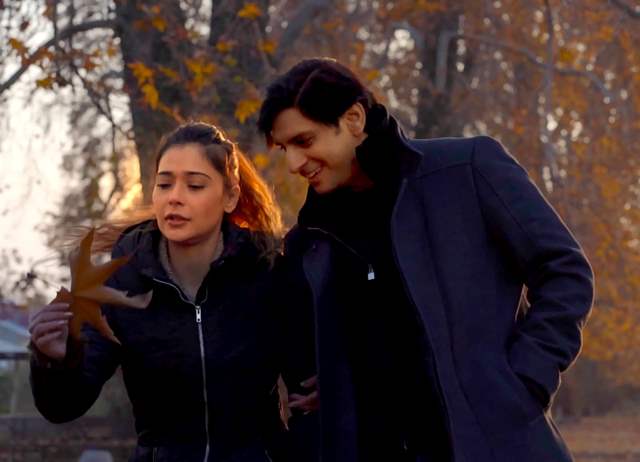 There are few who manage to express the pain of separation beautifully through music. Speaking of which, the Punjabi music industry has had few gems in this genre with the likes of Janni and Hardy Sandhu's 'Titaliyan', B Praak's 'Main Kisi Aur Ka Hun Filhaal' among others. Well, the latest addition to these soulful songs about pain is Rohil Bhatia's 'Mod De Yara' which is taking the trend forward with all the right ingredients.

The song is directed by internationally acclaimed director Rahat Kazmi and features Sara Khan alongside singer and songwriter Rohil Bhatia. The video is shot in the picturesque locations of Kashmir during autumn and fall, and beautifully captures the story of the separation of two lovers. Sara Khan, of Bidaai and Bigg Boss fame, has featured in many hit music videos like Wadali Bros' 'Mast Nazaron Se' and an offbeat 'Black Heart' which won millions of hearts.

Speaking about his latest single, Rohit Bhatia says, "Mod De Yara is a heart-touching number for the broken-hearted. It is very close to my heart and I am sure it will strike a chord with the audience. It was a pleasure collaborating with Sara Khan for this music video and she has taken it several notches higher with her screen presence."

For the uninitiated, Rohil Bhatia aka RBUnplugged has a huge fanbase in South Asia for his poetry and music. His poem 'Main Apne Pahad Le Aaonga' is a sensation on social media with over 2 million views on Instagram. Moreover, he has also been credited with the lyrics and music of Hina Khan’s film Lines.

On the acting front, Rohil just wrapped up the shoot for a web-series titled 'Scammy' and is currently shooting for his next film 'Dakshina' alongside Rahat Kazmi and Mir Sarvar.