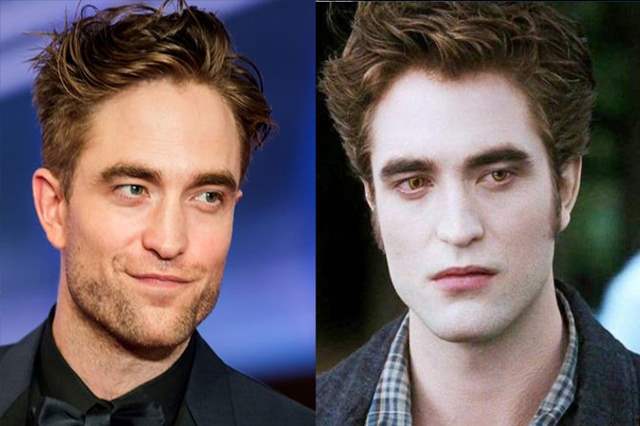 For all the movie buffs out there, there can two types of film fans out there - one who loved and adored Robert Pattinson as Edward in the Twilight saga, and one who has loved Pattinson in some of the other finest films that he has been a part of over the years. And now, after all these years, when Pattinson was asked about his shot to fame being Twilight, the actor confessed that the blockbuster series alway struck him to be a profoundly 'weird' saga.

According to a report in Variety, “It’s a weird story, ‘Twilight.’ It’s not just like – it’s strange how people responded a lot to it. I guess the books are very romantic, but at the same time, it’s not like ‘The Notebook’ romantic. ‘The Notebook’ is very sweet and heartbreaking, but ‘Twilight’ is about this guy, and he finds the one girl he wants to be with, and he also wants to eat her. I mean, not eat her, but drink her blood or whatever,” Pattinson said. “It’s not that other people are telling them they can’t be together, it’s his own body telling him that.”

Although the Twilight series became a global phenomenon, Pattinson recalls the risks that the material presented early on. “With ‘Twilight,’ it wasn’t really an established thing,” Pattinson said. “To me, Catherine Hardwicke who directed it had done this movie called ‘Thirteen’ and this other movie called ‘Lords of Dogtown,’ and they were like little movies. Kind of cool, hardcore movies. And Kristen [Stewart] was in stuff as well, like she’d been in ‘Into the Wild,’ and it was kind of very indie.”

This type of artistic risk-taking comes naturally to Pattinson, who stars in “The Lighthouse.” In fact, he claims it’s the only way he knows how to work. “It’s not part of my skill set to know what an audience wants, at all. I don’t have it! Not a big audience. I have no idea. But I know what I want, and so the only thing I can really do is try to make a movie that I’d go and see, and chances are there’s going to be at least one other person who’ll want to see it.”

ALTBalaji & ZEE5 salutes the army spirit by announcing The ...
39 minutes ago