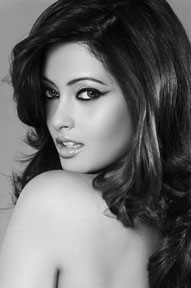 Riya Sen is getting all the attention and pampering on the sets of Rituparno Ghosh's 'Naukadubi'. The actress is currently in West Bengal shooting at the famous Shantiniketan. Director Rituparno who considers Riya as his own daughter, is making sure that the actress gets all that she asks for on the sets of the film. 'Nauka Dubi' which is based on an adaptation of Rabindranath Tagore's novel by the same name. Riya will be seen opposite Jishu Sengupta who also starred in 'The Last Lear'. This is the first time that the Sen sisters will be seen together on the silver screen – though not as sisters, but as wives going through turbulent marriages.
Featured Video