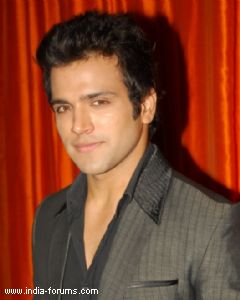 Small screen actor Rithvik Dhanjani went down on his knees and poured his heart out to his girlfriend, actress Asha Negi on a public platform.

The couple is currently a participant on the celebrity couple dance reality show 'Nach Baliye season 6".

According to sources, the actor sang a song for her. The romantic bit was that he had written and composed it himself.

-ScarlettRose- 7 years ago Rithvik Dhanjani's proposal to Asha Negi was so cute !! Loved it

Anagha_Dhanjani 7 years ago Rithvik Dhanjani's proposal to Asha Negi was so cute !! Loved it

7 years ago Asha you are really so lucky to have such a sweet guy like Rithvik! May the two of you remain happy always!

kenzie9 7 years ago Rithvik and Asha match made in HEAVEN U so MAGNIFICENT 2gether stay Bless together 4ever!!!!

+ 3
7 years ago Aww...Both Asha Negi and Rithvik Dhanjani are so adorable!!!

+ 3
7 years ago Aww...Both Asha Negi and Rithvik Dhanjani are so adorable!!!