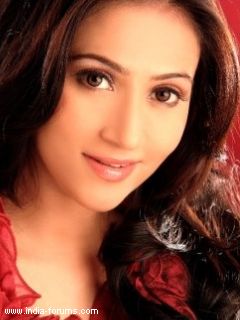 Our source says, "Rishina has been roped in to play the character of Malvika who will be Raghuvendra Pratap's (Gaurav Chopra) first wife who is assumed to be dead but she is not. Rishina has already started shooting for the show from yesterday."

We tried contacting Rishina but she remained unavailable to comment. So will Rishina's entry bring another twist in the story of the show? Only time will tell now.

bystander 6 years ago omg...so she is not dead...now the writers are so desperate that they are not able to do anything with the already alive cast...someone presumed dead is now coming back to life to save the show...LOL

I like him more with Tapu, where is Tapu :S

angelic.pari 6 years ago rishina.. why u coming in such stupid show... u r so awesome... n uttaran

repercussion 9 years ago The expectations get higher not because it's shahid kapoor but it's our "Musabdilal" Pankaj Kapoor...I don't think he'd go for a remake, he must have stmg really strong up their on his mind!

Can't wait for the movie to come out, as all shahid movies are awesome

shivani003 9 years ago Pankaj Kapoor is a good actor. I hope the film is good too. ILU Shasha

sumonetolub 9 years ago i really wonder why a fine actor like pankaj kapoor would consider casting sonam or katrina, both of whom are bad actresses...