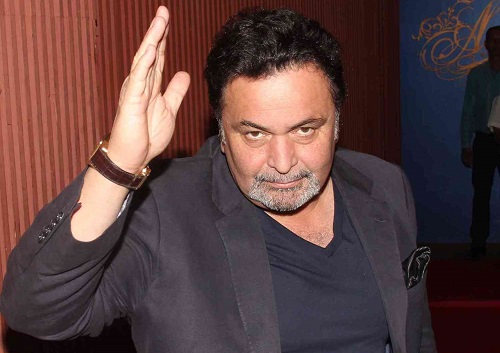 Social media sites are soaring on a high note. Celebs find it the easiest way to connect to their fans. As it is said every coin has two sides; so does social media has its own pros and cons.
As reported about Ranbir Kapoor's idea of staying away from social sites as he feels there is no freedom of speech. Dad Rishi Kapoor is also planning to join the same path.
Veteran actor Rishi Kapoor who is quiet active on social networking sites is making up his mind to leave twitter. He feels that there is lot of negativity and disrespect towards seniors along with use of offensive and insulting speech.
He was seen posting on twitter: @chintskap: Hi. Thought about it.Too much negativity abusive language and disregard for seniors. Will retire from Twitter coz it has only given me grief.
Various other stars too gave in their views on the same.
Versatile actor Anupam Kher: @AnupamPkher:  Sir! You are letting them win if you retire. Be on Twitter on your terms. There are millions who love you too.:)
Aditi Rao Hydari urged Rishi Kapoor saying: @aditiraohydari: @chintskap nooo pl don't! There are too many of us who love you!!!! #IgnoreTheRubbish
Raveens Tandon gave her views supporting Anupam Kher's statements: @TandonRaveena: @AnupamPkher @chintskap agree... Sometimes I feel that all this social media has too much negativity,than making a positive change. @chintskap be here on your own terms..forgive those who are negative and abusive.., they might have some unhappiness in their lives to vent.
Thorns are sure to follow the rose. Its upon us what we consider; the beauty of rose or the pain of thorns. Only time will tell how Rishi Kapoor takes the suggestions of his friends and fans. Whether he will quit the social media or stay and face the gruesome moments.
Priyanka Chauhan