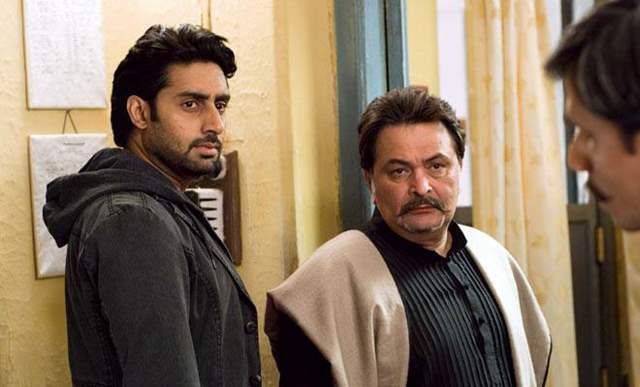 Delhi 6 starring Abhishek Bachchan, Sonam Kapoor, Rishi Kapoor, Waheeda Rehman and many others was a critically acclaimed film. Directed by Rakyesh Omprakash Mehra, Delhi 6 even made it to the Venice Film Festival.

However, did you know that late Rishi Kapoor was not okay with the film's original ending?

While in the film, we see Abhishek Bachchan's character Roshan dying and coming back to life after meeting his grandfather played by Amitabh Bachchan in heaven, the original plot was for Roshan to die.

Recalling how Rishi Kapoor was not fine with the original ending, Abhishek Bachchan stated in an interview with Film Companion,

Originally Roshan was supposed to die. And Chintu uncle (#RishiKapoor) threw a tantrum about the ending saying, 'How can he die? You have to show hope' and I just had a flight to catch.

I realised there was no difference of Chintu uncle before the camera rolled and when it rolled after. What was his actual coffee mug just became the prop and he just carried on. And I said, 'wow'...

Rishi Kapoor passed away on April 30 last year. Despite the lockdown, Abhishek Bachchan made sure to be a part of his funeral. AB was by the side of Ranbir Kapoor all the time and appeared as a strong pillar supporting the bereaved family. Rishi Kapoor and Amitabh Bachchan shared a great bond and appeared in many films together.