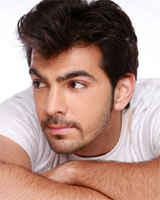 Rani (Reena Kapoor) and Rishabh (Karan Grover aka Kay Jee) will finally get to see light at the end of the dark tunnel in Sahara One's Woh Rehne Wali Mehlon Ki, produced by Rajshri Productions.

Just when most of us started to feel that Rushabh has been entangled in a bitter court case for quite a while and he should get some relief, the good news of his acquittal has arrived. Says our source, "In the coming episodes Kundan will have a change of heart and testify in support of Rishabh. As a result Rishabh will be proved innocent".

Confirming this news is the lead actor Karan Grover aka Rishabh himself. He says, "Yes you are right. Rishabh will be proven 'not guilty', and Rani and Rishabh indeed have some happy days in store for them."

When drilled about new twists and turns in the story Karan says, "The new turn in the tale is that a political angle is going to be introduced in the story. But I cannot say anything more than this. I want to keep the audience interested and not break the suspense."

Hope this new political angle does not damage the happiness of the sweet onscreen couple!!

I am waiting for the political twist.