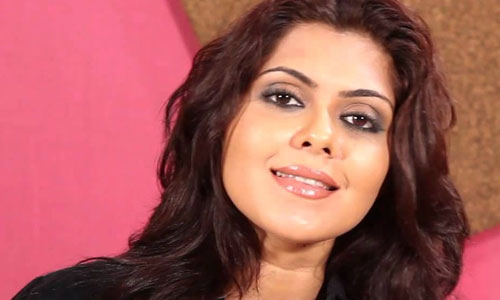 Big Magic continues to bring forth some Chatpata entertainment to your screens. This week to tickle your funny bones we have renowned Bhojpuri actress Rinku Ghosh who in her bid to become a Politician is out on a door to door service of solving problems. She plays the role of Ashwini Raichand who is a loud, masala actress, who now aims to be a politician. This hilarious episode will air on 12th December at 8pm on Naadaaniyaan - Teen Nadaanon Ki Kahaani.
While offering door to door service of solving problems a chance encounter leads the actress to the Verma family who has never ending problems. Straight out from a reality television series, she decides to cash in on their problems by selling the footage of this house to her channel to make money and to gain popularity to win the election. With the Verma family always ready to squabble for petty things, will they ever find out her plans? Or wil they teach the actress a lesson of not prying in other peoples life's.
Uff! Yeh Nadaniyaan revolves around the Verma family whose conversations and situations promise to keep viewers in splits. A righteous mother, self-proclaimed writer, a ditsy wife, clumsy younger brother and two conniving twins; each with their own unique perspective of life constantly land each other in amusing situations with plenty of misunderstandings, crazy pranks and comic characters.