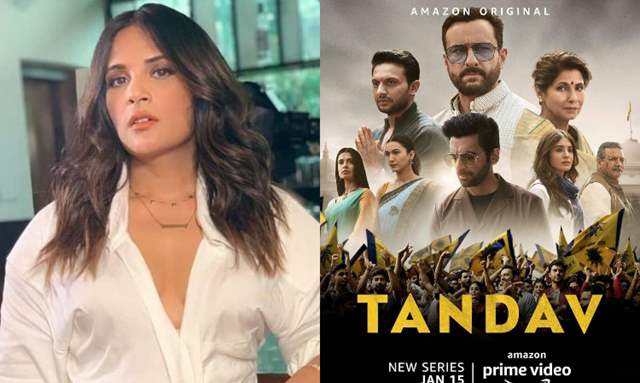 A lot has been talked about Saif Ali Khan’s latest OTT show - ‘Tandav’. In a shocking turn of event, the Supreme Court has refused to grant relief to the makers and actors of the series over criminal cases lodged against them in multiple states. The apex court on Wednesday, reportedly rejected their petition requesting interim protection from arrest, citing ‘right to freedom of speech is not absolute’.

Now, actress Richa Chadha has reacted strongly by sharing a tweet  on the Supreme Court’s decision, Richa wrote, “Priorities of the apex court!”

Tandav has grabbed a lot of undivided attention for allegedly showing Hindu deities in a poor light. Despite the removal of controversial sequences from the series, several political leaders have demanded strict action against the makers.

Earlier, the Bharatiya Janata Party (BJP) supporters held protests against web series in Mumbai some distance away from the office of Amazon Prime Video and demanded strict action against the show, reported Times Now.

Maharashtra Home Minister Anil Deshmukh had also assured that action will be taken. “We will take legal action on this issue,” said Deshmukh.