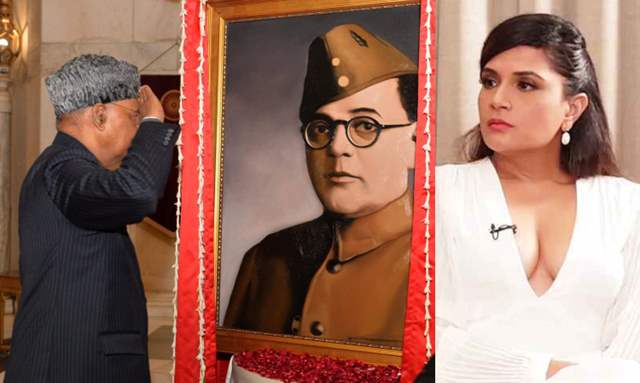 However, it seems the portrait unveiled by the President was not of the real Subhas Chandra Bose, but of actor Prosenjit Chatterjee who played Netaji in a Bengali film that dealt with his mysterious death titled Gumnaami directed by Srijit Mukherjee, claimed a few netizens. 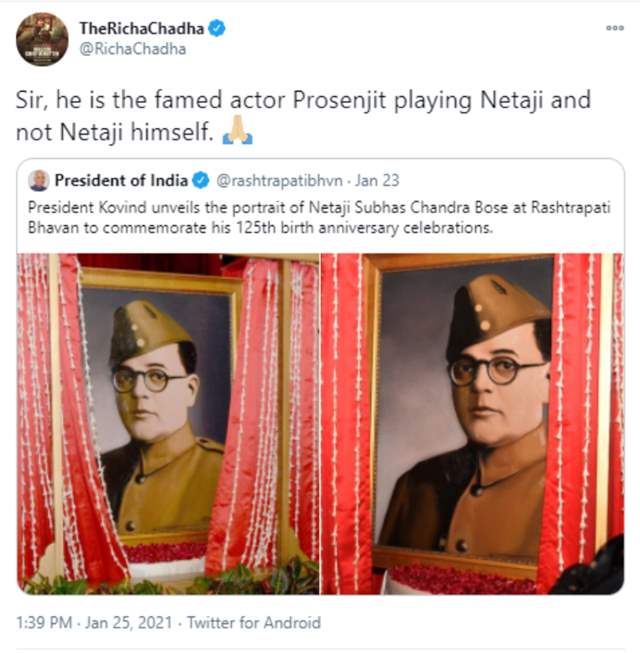 Users were shocked to know this and expressed their displeasure. Some posted hilarious memes.

Later, the actress deleted the tweet and cleared off the air by explaining her post as she wrote, "Fell for it due to the uncanny resemblance. Deleted tweet as well." 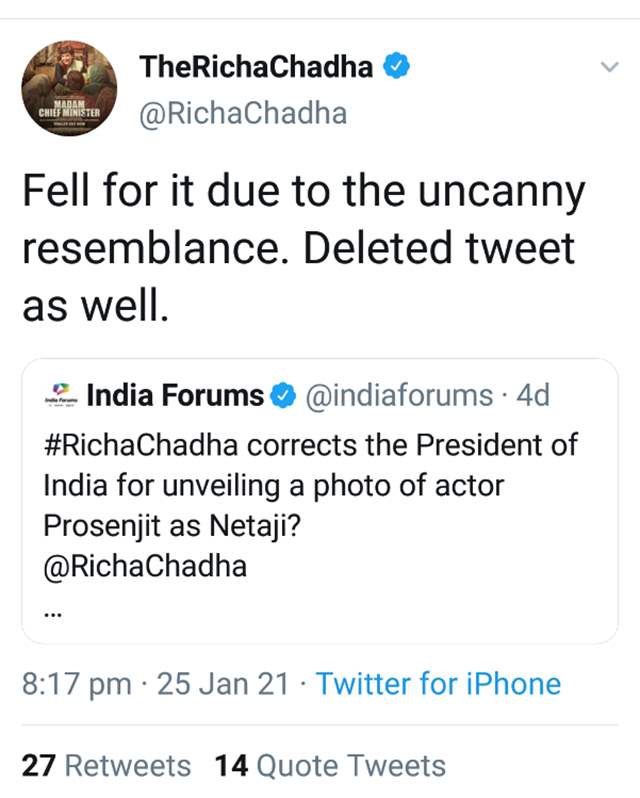 rachana11 1 months ago Make sure before publishing such articles and giving publicity to such attention seekers. Never expected such shameful journalism from IF just to be in good books of some actors

+ 3
1 months ago Dear IF, be careful with your title or hire better journalist 🙂

+ 4
1 months ago India forums spreading wrong information just like the Lutyens...first read the whole matter and then make an article

1 months ago Dear Richa please forgive the gentleman , it is the secretaries and flunkies who never take time to verify anything or they simply do not care

1 months ago What a misleading article.. And headline... If Please change the headline to richa chaddha was trying to be extra smart