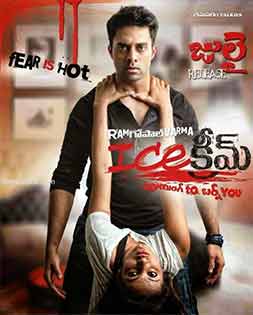 Filmmaker Ram Gopal Varma has collaborated with his most trusted disciple J.D. Chakravarthy for the seventh time in upcoming Telugu horror-thriller "Ice Cream 2", which is currently on floors.

Chakravarthy and Varma have previously worked in films such as "Shiva", "Money Money", "Gulabi", "Satya", "Vaastu Shastra" and "Bhoot Returns".

"JD (Chakravarthy) has been roped in to play an important role. He's expected to start shooting for the film soon. 'Ice Cream 2' will be an extension of the first part," a source close to RGV told IANS.

Varma is introducing newcomer Naveena aka Mrudhula Basker in "Ice Cream 2", which also features Nandu in an important role. The film is jointly produced by Varma and T. Rama Satyanarayana.