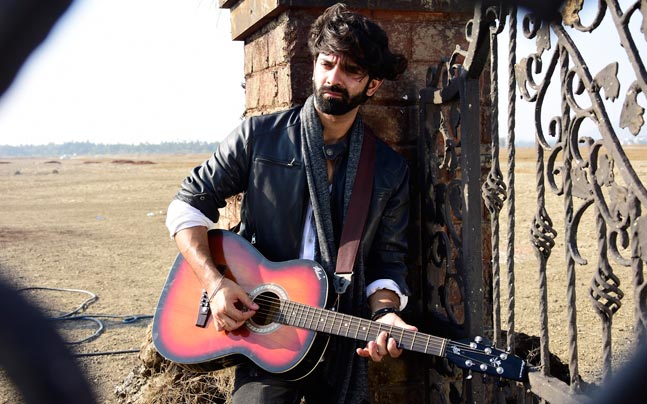 It's been only two days that Star Plus' Iss Pyaar Ko Kya Naam Doon? has gone on air and the suspense element of the show has already gripped the audience.

We have got a gist of why Advay (Barun Sobti) is hell bent on taking revenge from Chandni (Shivani Tomar). The reason is rather simple (according to Advay), where he feels that it was due to Chandni and her family, that his father was murdered and his mother was burnt alive in front of his eyes.

But everyone is aware that Advay Singh Raizada is NOT actually Advay and that 'someone' is impersonating him. So who is Advay actually?

In the future episodes, it will be seen that Advay is none other than Dev, Chandni's childhood friend.

It appears to Dev, that his parents were conspired against and killed by Chandni and her family, and now, Dev wants revenge. He plans to demean and defame Chandni which would ultimately mean hurting her family and hence, has taken the disguise of being Advay Singh Raizada.

But Chandni begins to witness similarities between Dev and Advay and starts suspecting him. Will she figure out that the man who has come back to demean her is her childhood friend?

Are you excited about this track? Leave in your comments below...

Samira66 2 years ago BARUN SOBTI you are the most amazing actor in the world., Your eyes are magic, your smile drives me crazy.

Vartika07 3 years ago Same boaring plot and by the end we will come to know that Chandni and her family isn't responsible for his parents death. It will be someone else.
Don't we deserve something better?

AnnDan 3 years ago Barun Sobti is very happy to see you on the screen! I really missed you! Be happy!

ZahraaBarun 3 years ago BARUN SOBTI ,,,No one look like you Barun you are super talented actor and King Drama,,

Eulyl_Sobti22 3 years ago BARUN SOBTI,,
Good luck Barun and Shivani in your new project IPKKND 3 Welcome back my hero Barun,,

Hazar_Barun 3 years ago BARUN SOBTI,, Good luck in your career and life,,, Love you so much