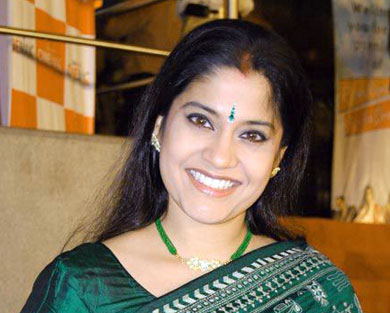 Ace actress Renuka Shahane was last seen on the small screen in a dance reality shows Jhalak Dikhhla Jaa 4 - Dancing with the Stars. The actress was last seen on TV doing a fiction show was Kora Kagaz. She was exceptionally applauded by the audience for her acting skills.

Returning after a sabbatical, Renuka was seen in a dance reality show and now is all set to mesmerize the audience with her acting skills in Life OK's upcoming Mere Rang Main Rangnewali.

Yes you heard it right! Renuka is coming back in Rajshri Production's upcoming show Mere Rang Main Rangne Wali. Renuka will be seen in a cameo role but it is a very important role in the show.

We got in touch with Renuka to get the confirmation for the same and she says, "Yes, I am coming in this new show produced by Rajshri Production. It's not my come back as I am coming for a few episodes, may be in the first 15 episodes. It's a cameo role in the show. I will be seen playing the role of a mother to a 20 year old girl and am a lawyer by profession in the show. My daughter is a friend of the lead protagonist essayed by a newcomer Pranali. Pranali will be seen taking advice from me as I am a lawyer and I give her suggestions of how to deal with the problems."

TellyBuzz wishes Renuka Sahane all the best for the show.

Mohabbateinn 6 years ago WOw. rajshri prods. is coming up with this show..m lookin forward to it. love the title, one of mah favest songs :3

Stellar.A 6 years ago Such an excellent actress, really miss her.


Hope to see her in a full-fledged role next time!

ChhalkiSyaahi 6 years ago Wow... It will so nice to see you back, even if it for 15 episodes.It is a treat to watch you acting. All the best.