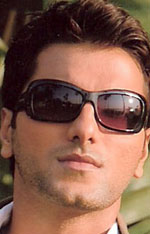 As the Adorable and Dashing Akshay in Zee’s Mamta, he won over the hearts of his fans. He looked Hot with Attitude, as he sported a ‘Rockstar’ look with the coolest of sunglasses and a French beard, when he came back from the dead in the same serial Mamta. Yes, we are talking about the Versatile Anand Suryavanshi, who plays the role of a Hot Dude, Shaan and an Amazing Father, Akshay with the same ease and finesse.

Our reporter Hiral caught up with the talented and down to earth star Anand on the sets of Mamta… Here are the Excerpts for you:

Shreya Creations and Mamta has been through so much in the last one year. The cast and crew of Mamta was basically living on the edge. How has the experience been?

Anand: The experience has been great. I have learnt so much working here. I have matured as an actor and as a person. I have gone one level up and most importantly, I have learnt on how the production works and how it is to play a main lead.

Describe Akshay the character, how is he different and unique from other characters in the serial?

Anand: When I started off, I was told that Akshay was like lord - Ram and Mamta like Sita. Now, I can say that, Akshay is the only character who is very honest about things in life. He is the only one who hasn't changed his mindset. He has had his ups and downs, yet he hasn't changed. But when we talk about Shaan, there might have been a few changes, as in, Shaan was a situational character. He had to become Shaan for a reason, it wasn't something out of the blue. Shaan's motive was to trouble Mamta. When he was very close to harming her, the Akshay in him, stopped him for doing that. This is what Akshay is as a person…. 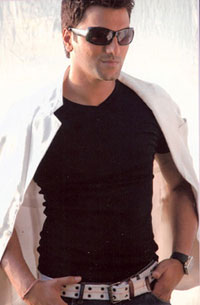 How was it playing Shaan? We heard that there were a lot of inputs from your side to the appearance of the character.

Anand: I had a lot of fun playing Shaan. For Shaan, first of all I had to grow a beard and got annoyed doing that. (laughs). I also had to learn how to put lenses on. My eyes itched a lot when I startd wearing it, but then I eventually got used to it. I used to mostly wear my own shirts in the show as Shaan, just the accessories and a few sleevless shirts and jackets were given to me by the production house. With Shaan, I really got to relax before shooting, so I was at home, relaxing and working out.

Yes, It was a little surprising to see Akshay sport muscles, with a refreshed look even though he met with an life threatening accident.

Anand: (Laughter) yea, that is what happens with daily soaps. You have to, at time just go with the flow.

You managed to steal more a hearts as Shaan, but do you think Shaan was justified with what he did?

Anand: Shaan was not right, yet he wasn't even wrong. He was completely justified with what he did. Situations were created in such a way, that he had no choice. We all tend to get jealous and have a little grey side to us. So, you cannot really say that he was cent percent wrong, but yes, he wasn't right either. But it was the situation and circumstance that has to be blamed and not Shaan.

Coming back to the story line, your quick comments on the following tracks of the show:
Mamta's marriage to Sid:
Should not have happened.
Mamta's decision to moving in with Sid:
Again, not done. It looks more forced, it is not what Mamta would do.
Mamta not believing in Akshay being a part of Krish's fake report:
(raises eyebrow) you really need a comment here? (laughs)

Will the viewers see the magic of Akshay - Mamta as a pair, esspecially now that Narayani has replaced Neha , with whom you shared an amazing screen presence?

Anand: Well, I do not know about the story line for the future, honestly. As far as Narayani goes, she is a wonderful actress and she has just joined the show. I don't know how our chemistry will develop, as we have to work that out with each other. I am sure we will work it out.

The leap has just now happened in Mamta, what about playing a father? How is that coming along?

Anand: Yes, it is challenging, I am trying, I've tried to work it out with my looks, I didn't see a point in whitening my hair. As far as the dialogues and chemistry goes, it took a while to get adjusted, but being an actor, you have to live up to the challenge.

Alright, let us leave aside Mamta for a while. Tell us, how would you rate Anand Suryavanshi as a person, as a husband and as a father?

Anand: (blushes) I still have a long way to go. I still need to grow professionally and personally. I would give myself a 3-4 on 10 there. When it comes to being a husband or a father, I try doing my best. But I cannot really rate myself. My wife and my daughter would be the best judge.

What are the future plans?

Anand: I am talking to a few production houses, let us see.

Here is an Exclusive Message from Anand himself to this fans.

So this was Anand Suryavanshi for you… We wish the enormously talented Anand all the very best for his future… Keep watching for more Chit-Chats from the Mamta sets, only on Telly Buzz….

+ 5
15 years ago yeah the video isnt working,,have mercy on us fans..and please fix the videos..i am a new crazy fan of his..
love you andy...muah

15 years ago Thanks for the interview.
OMG,this is Andy's new look .Andy seems more younger than before.
Please put more interviews of Anand where we can peacefully see him.

It's even hard to imagine Narayani Shastri with Anand.

15 years ago Amazing interview!!! He seems like a wonderful and very modest person! Both traits are very charming in a person and very rare in an actor...so thumbs up to him!!! I hope he is successful in everything he does and Anand, your fans are always with you!!

+ 3
15 years ago Folks, i must tell you, Anand is the sweetest actor I have interviewed so far... He's very friendly and the most charming person I know...

+ 2
15 years ago omg! he looked so cute in the video! awww.. anand's such a sweetheart & one of my favourite tv actors.
i love you anand & keep up the good work!

15 years ago thnx for the article..he's lookin smart in the first pic!!

15 years ago Anand looks hott!!
thanks for the article!!!