View Profile
On what would have been his 80th birthday, BollyCurry pays ode to an iconic actor and director - Shammi Kapoor. 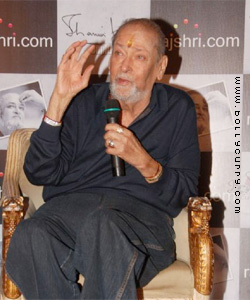 acting career with Jeevan Jyoti in 1953, but it was hits such as Tumsa Nahin Dekha (1957) that cemented his role as as the light-hearted, handsome playboy. Shammi Kapoor went onto enjoy almost two decades of entertaining the crowds, but also proved to be diverse as he often accepted serious women-orientated flicks and scripts that later became cult classics.

The actor was also dubbed as "The Elvis Presley of India", thanks to his unique dance moves (which reportedly never required a choreographer!). However, due to his weight gain, the 70's saw a decline in his popularity as a romantic hero.

Kapoor, however, continued working, becoming a successful supporting actor in the 70's, appearing in Bengali and Tamil films in the 90's and a few special appearances, with his last movie being Rockstar. The 2011 movie co-stars Ranbir Kapoor, who is the grandson of Shammi Kapoor's brother, Raj Kapoor.

Unfortunately the actor passed away on 14th August, 2011 due to renal failure following treatment for a chest infection.

To the fans, family and co-actors who always found Mr. Shammi Kapoor a delight to watch on screen, here's remembering the actor with fond memories.